The graphic symbol represents the road, which is the environment where all the knowledge acquired or discovered in the Department of Road Vehicles and Transports is manifested, and the prospects are ... infinite, unlimited. The blue color means professionalism, seriousness and at the same time care or concern for the environment (a similar reference to water as a fundamental element of life); the current ambition of the Department is to continue its preoccupations to achieve excellence in the field of Automotive Engineering, also to rank the Department at national level,  considering it is the main department concerned with the issue of sustainable mobility.

In 1969, the City of Pitești was founding the Institute of Sub-Engineers, initially subordinated to the Bucharest Polytechnic Institute. Why? In response to objective needs, driven by the development of the machine building industry and, above all, that of the road vehicles and automotive parts (DACIA plant).

1972: Establishment of the Automotive Department

1998 - present: Faculty of Mechanics and Technology

2011: turning the Automotive Department into the Department of Road Vehicles and Transports

NB: Since the 1977/1978 academic year, when the Road Vehicles section was established, the City of Pitești became the 3rd national university center - after Brașov and Bucharest - in the field of Automotive Engineering.

Gallery of former Heads of Department is presented below: 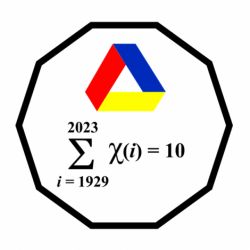 The University of Pitesti will host the 10th Congress of Romanian Mathematicians from 30 June to 5 July 2023, jointly organized by the Mathematical Sciences Section of the Romanian Academy, the Rom...

For problems regarding the functioning of the site, you can contact us here: